Today I found myself flying musically … at the public library. You see, as I mentioned in a previous post, I’ve been coming here to work and go on-line. I am desperately trying to ride a creative high and meet a personal deadline to complete production of my film, Dada Venduza, against mounting financial and personal odds. The last two days found me re-creating the feel of the film for its soundtrack I’ll release on CD and here online. For some tracks, I’ve been combining, in true dada mode, a collage of music, speech and sound effects from the film. I’ve been having a blast doing so.

Anyway, back to my flying at the public library. I was listening to the album, ‘Brian Wilson Reimagines Gershwin’, and since I’m currently hoping to put together a musical performance of Gershwin tunes … I sort of have George and Ira’s songs on my brain. Their musical essence transcends almost any any cover you might here … and provided fuel for flight.

END_OF_DOCUMENT_TOKEN_TO_BE_REPLACED 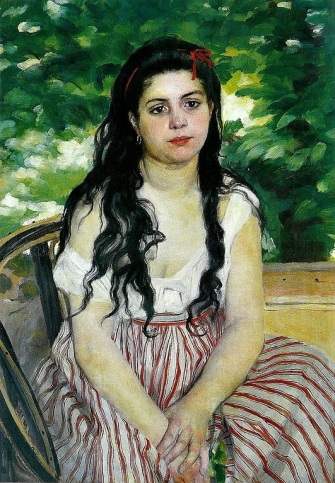 God gave us the gift of life; it is up to us to give ourselves the gift of living well.
– Voltaire
Every moment is a golden one for him who has the vision to recognize it as such.
– Henry Miller

How easy is it for you to smile? Can you manage a fake one? Do you need someone’s help? Go on and give it a shot.

A few mornings ago, I looked in the mirror; it was my birthday. I’m 49 – a little older and a lot wiser with still lots to learn. Ok, maybe ‘learn’ is not the right sentiment; maybe ‘make sense of’ is. In any event, I think the older I get, the more I scratch my head over life, which no doubt might be the reason for my thinning hair! Still, compared with other male members of my family, past and present, I still have plenty of hair on my head, so I really shouldn’t complain.

Indeed, I have a lot to smile about and day by day I try really really hard to remind myself of that. If you blink though, you might miss it.

END_OF_DOCUMENT_TOKEN_TO_BE_REPLACED

The truly great writer does not want to write.

He wants the world to be a place
in which he can live the life of the imagination.
– Henry Miller
One of my resolutions for next year is to write a bit more about writing, especially in terms of developing one’s creative spirit. Getting ideas and nurturing them into written form is always our main objective as writers. However, there are times when those usual soul lifting notions seem to flop about, inspiring nothing but stress, depression and lowered levels of self-esteem.
For a writer, there’s nothing worse than not getting ideas … except for maybe not getting paid! For a blogger, it’s pretty much the same thing. Face it: writer’s block happens to the best of us. Therefore, in the spirit of this season I thought I would share with you some of my own ideas stemming from my experience as a writer of various forms of ‘this, that and whatnot’.
END_OF_DOCUMENT_TOKEN_TO_BE_REPLACED 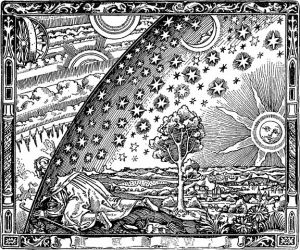 Years ago, the prevailing wisdom was that if you traveled too far in one direction, you would eventually fall off the planet. Many years later, the ‘flat top’ hairstyle was all the rage. I’ll leave it to you to connect the dots.

Sometime over the next few months the Voyager 1 spacecraft, first launched in 1977, will cross the line separating our solar system and interstellar space. Of course, there is much conjecture over what exactly will happen once the space probe leaves the warmth of our Sun’s heliosphere and the solar winds that have egged it on along its path.

END_OF_DOCUMENT_TOKEN_TO_BE_REPLACED 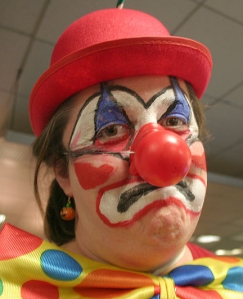 “Your time is limited, so don’t waste it living someone else’s life. Don’t be trapped by dogma – which is living with the results of other people’s thinking. Don’t let the noise of other’s opinions drown out your own inner voice. And most important, have the courage to follow your heart and intuition. They somehow already know what you truly want to become. Everything else is secondary.”
– Steve Jobs
Back in 1967, the year SMiLE was supposed to have been released, Thomas Harris (MD!) published his eventual best-selling ‘self-help’ book, I’m Ok, You’re Ok. This post is not about this book.
However, because the book’s title has passed into pop culture and the public’s obsession with ‘self-help’ ideology, I thought I’d reference it. Just as with Sigmund Freud’s works, Harris’ book, at the very least, does lay out some interesting ideas and terminology for others to build on. On the other hand, ‘Dr.’ Harris also endorsed electro-shock therapy as a treatment for some conditions, so I would approach his writings with a long ‘grounded’ pole.
END_OF_DOCUMENT_TOKEN_TO_BE_REPLACED 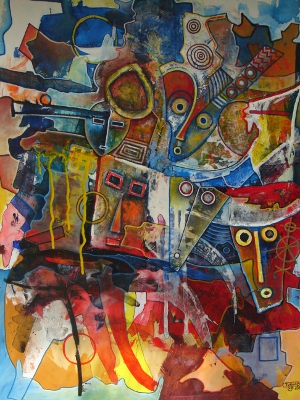 When was the last time you stepped outside of your head? If you have never done so, I highly recommend it. It can save your sanity. Trust me.

Recently, I’ve had a lot on my mind and just simply ‘too much on my plate’. So much so in fact, that at one point I felt my head teeter to one side, listing and threatening to capsize all rational thought. I did not take this as a good sign. Distracted by the obscenity of this circumstance, I began to obsess compulsively, despite my being repulsed at my impulse to do so. It was then when an errant thought arose, plopping into my mind; it was certainly more of a ‘plop’ and less of a ‘pop’.

At that moment, I found myself standing just off to the side of my mind’s mental highway, staring in bewilderment at a seemingly endless parade of thoughts. They lewdly sashayed their way down the neural pathway, hustling each other along like an errant festoon of Dionysian Mardi Gras party-goers. Now I can ‘surrey and picnic’ with the best of them, but this scene of fervent irreverence was quite surreal. I must confess, I had expected more of my thought processes.

END_OF_DOCUMENT_TOKEN_TO_BE_REPLACED 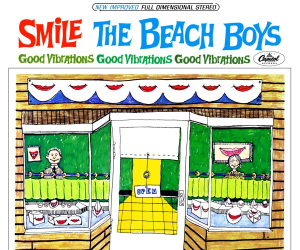 END_OF_DOCUMENT_TOKEN_TO_BE_REPLACED

“He gives speeches, but they put him back in bed where he wrote his satire.”
– Brian Wilson, (He Gives Speeches)

I think it was in kindergarten when I remember being told the story of little George “I cannot tell a lie” Washington and the cherry tree he confessed to his father he had chopped down. Through this vignette, my classmates and I were admonished to always tell the truth. The only problem was that often told tale … is a lie, a fabricated fable of fibbing fiction. It was actually created by biographer, Mason Locke Weems, as an anecdote laudable to Washington’s character and as an “exemplary to his countrymen”. Nevertheless, this fractured fairy tale is almost as hallowed as the national anthem.

When I was 2 years old, the US Congress passed the ‘Gulf of Tonkin Resolution’ granting President Johnson the wanton power to take military action as he saw fit in Southeast Asia, ostensibly to combat the spread of communist aggression. The passage of the resolution, enabling Johnson to launch America full-tilt into the Vietnam war, was predicated on a fabricated set of events suggesting that American naval vessels had come under unprovoked attack by the North Vietnamese.

When I first heard the above tale, I remember being skeptical. I’m not sure why my ‘bullshit detector’ went off that day. Perhaps it was the result of a burgeoning character flaw or a latent psychic ability to perceive the teacher’s own insincerity in her own overly dramatic rendition of the fable. Some might say that my lack of gullibility at that tender age speaks volumes of my character or my perception of ethics. And, indeed early on I began to question my moral constitution. In retrospect, I was ‘loony’ to do so.

END_OF_DOCUMENT_TOKEN_TO_BE_REPLACED 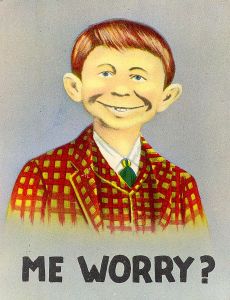 Hang on to your ego
Hang on, but I know that you’re gonna lose the fight
– Brain Wilson
I’ve come to the conclusion that everyone ‘needs help’. Of course, this last statement can be taken in a number ways. Be that as it may, my focus in this post … the point I’d like to make … the crux of the issue is that there are many people out there, and bloggers in particular, that are desperately trying very hard to be themselves, but just can’t fake it.
That’s right, I said ‘fake it’. It seems a running topic on several blogs I’ve come across is ‘authenticity’ and its definition or application, assuming there is such a thing. I imagine this is a big issue because so much of our society’s feeble mindedness stems from the media ‘selling’ us almost everything. As a consequence, consumers, assuming there really is such a thing anymore, have become naturally distrustful in an effort to mask thier gullability and penchant for ‘rubber necking’.
END_OF_DOCUMENT_TOKEN_TO_BE_REPLACED

Over and over, the crow cries, uncover the cornfield.
– Cabinessense: Brian Wilson & Van Dyke Parks

Here are three lessons to be learned from stories in real life and the news.

Lesson #1: Rotten Tomatoes
I live in a big city, on a main street that leads to the ‘centre’ of town. There are currently 3 supermarkets within an eighth of a mile radius from my apartment. Yesterday, I went into the closest one, the one in which I usually prefer NOT to go to. It’s small, the cashiers don’t smile, and the store’s inventory is more suited for senior citizens. Well yesterday, only because it’s across the street from me, I popped in quickly because we were out of milk. When I was checking out, one of the usually sour-puss cashiers offered me a package of cherry tomatoes … for free!

I was impressed, to say the least. I said thanks and left. When I got home, I mentioned to my ‘significant other’ the amazing circumstance that had transpired. Now she likes cherry tomatoes and so I wanted to show her this wonderful bounty that had fallen to me. She also was surprised I had got them for free. I joked, “yeah, they’re probably from Spain or Germany and teeming with that new strain of E. Coli”. I laughed. She laughed. Then I looked at the label; it read “product of Spain”.

Lesson to be learned: Never look a gift horse in the mouth, unless it has Mad Cow Disease, or has brought you produce from Germany or Spain.