Skip to content
HomeHo Ho No: Sleigh Riding Through Dystopia 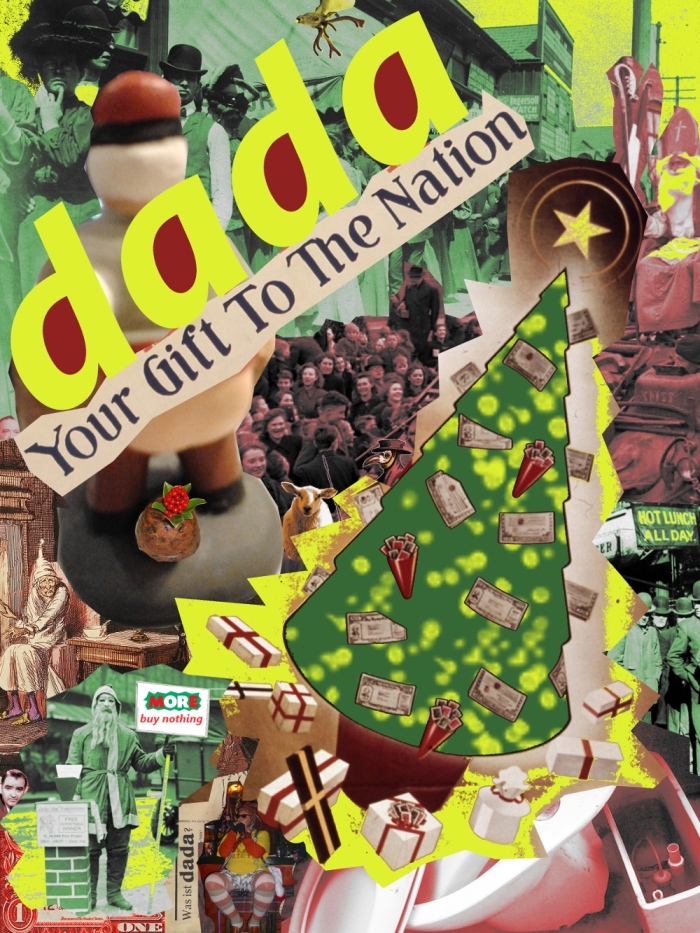 The founders of a new colony, whatever Utopia of human virtue and happiness they might originally project, have invariably recognized it among their earliest practical necessities to allot a portion of the virgin soil as a cemetery, and another portion as the site of a prison.
– Nathaniel Hawthorne

The festive season may be upon us, but be careful who you wish Happy Holidays to … especially if you live in the United States of the National Security Agency (USNSA) … or most likely anywhere else in the developed world. But let’s not confuse liberty with the freedoms of privacy or free speech, especially since Santa won’t be filling anyone’s stockings with either anytime soon.

For a society that grandstands for the principles of “life, liberty and the pursuit of happiness” and even goes as far as proclaiming them as ‘the American way’, one would imagine that realizing only 1 out of 3 of said principles just doesn’t cut the mustard.

As for ‘life’, consider the following recent news item: Christmas will not come for the murdered 30-year old New Jersey resident, Dustin Friedland, who was shot in the head by carjackers as he opened the door for his wife. The deadly shooting occurred in the parking area of the mall at which the couple had just finished holiday shopping.

So perhaps a new twist on the ideology of ‘American Exceptionalism’ should apply: anything goes EXCEPT life and liberty. Don’t despair, however, because the ‘pursuit of happiness’ can always be found in the arena of consumerism.

Perhaps a new seasonal national anthem is in order to the tune of “Deck The Malls With Boughs Of Folly” (and something about Orwellian visions of ‘aspartame plums’ dancing in our heads). Yes Virgina, INGSOC lives, especially in Anytown, USNSA. Let’s take a sleigh ride through dystopia, shall we? Ho Ho NO …

In this town, good citizens revel in the holiday spirit from the safety and shelter of their gated communities, especially knowing that the NSA monitors all communications regularly just to ensure an added level of ‘homeland security’. On Main Street the smell of genetically modified chestnuts roasting in a controlled fire wafts through the air. And what’s that? Why, it’s the sound of caroling! A conservative group of nervous citizens, dressed in anything but ‘gay’ apparel, are huddled together singing in a ‘free speech zone’. Charged with the suppression of free speech and free assembly, a patrolling line of baton and pepper-spray wielding law enforcement officials look on.

At a nearby mall, holiday shoppers surge through its entrance beneath a large video display that flashes, “3 more shopping days to Christmas. Black Friday Doorbuster Sales Still Going Strong”. The words are followed by images of assorted fruitcakes, yule logs, video games and a 20-pack of .50 caliber bullets with hollow tips.

In the promenade, security guards have wrestled a brawling and bloodied couple to the ground as they fight over a single clock radio on sale for 2 dollars below retail (MSRP). Taking a break from his duties spreading holiday cheer, a ‘store Santa’ is overheard commenting, “they should just tase the bastards”. A brightly clad elf standing next to him nods his head in agreement and mutters “pepper spray”.

Suddenly, gunshots ring out in the food-court. Fleeing yet another mass shooting, consumers bolt for the mall exits. In the melee, they trample over a politically correct and religiously sensitive nativity scene, featuring a baby ‘Frosty The Snowman’ in a wicker basket along with the likenesses of Sir Issac Newton, ‘Buddy Christ

‘ and Moses who holds twin tablets etched with the words “Matunda Ya Kwanza”.

In the parking lot, scores of television news reporters prance and frolic around SWAT teams, mall security staff and other menacing looking ‘peace’ officers. Meanwhile, en route to a distant FEMA camp, a CIA drone flies over high head trailing a banner that reads: “Happy Holidays! Nothing To See Here”.

‘The NSA is Coming to Town’ – Compliments of the ACLU, the American Civil Liberties Union

Other ‘Why Not’ Reading: