How does one make a Dada Ausfahrt? Blend the following ingredients together: friendship, Christmas, exorcism, a psychedelic rock jam, balloons, farmer blockades, Lord Byron poetry and dada. But first, one must go to war.

Yes, it’s a dirty old shame that inner and universal peace is won only by waging war with the universe. At least, this is what happened to me and how I eventually created my new film, Dada Ausfahrt. I kid you not.

Of course, the film project began with my artistic obsession with Dada, the early 20th century art movement and my belief of liberating creative expression via self-actualization. Ok, really it began with a practice and jam session with my music band, the Transmystic Blues Sniffers and visit with my dear friend and muse, Tatiana (the Dada Goddess in my film, Dada Venduza). We discussed undertaking a pilgrimage to the Cabaret Voltaire in Zurich, Switzerland. The cabaret, is the Mecca of Dadaism, as it is where the art movement was formed. In fact, my eventual goal was to finish the film to celebrate 101st anniversary of the first “Dada Evening” on July 14th, 1916 … albeit not at the at the Cabaret Voltaire. In fact, the decision to make the trip to Zurich was made around the same date at our music gathering (shown in the film).

In November of 2016, during the 100 year celebration of dada, I (an American living in Greece) traveled to Karlsrhue (Germany) to visit Tatiana (a Greek living in Germany) and together with her boy-friend, Jochen, we drove to Zurich, ostensibly to ‘visit the ruins’. And, dada heaven it was.

I sat and let the ghosts of dadaists past inspire. I even performed a rite of ‘dada exorcism’ I had written (to be published here on this blog soon). Perhaps it was this reading of my work (shown in the film) that angered some anti-dada forces in the universe. Maybe it was the ghost of André Breton or Louis Aragon; I’m not sure. Anyway, the attack began.

Even before leaving the Cabaret, my video camera unexpectedly died corrupting one my video cards. Upon returning to Germany, my other video card became corrupted in faulty card reader. Once back in Greece (see Economic Crisis) I tried in vain to recover the lost video, but was only able to save fragments representing about 25 percent of the footage. Further attempts in 2017 even to blend the remaining video fragments with other avant-garde I had taken for other projects proved unsatisfying and pointless. I eventually buried the stillborn project, though not permanently. Throughout the first half of this year, I continued to think about the project and what might have been. I kept notes with half-smiles. Even as I created the mixed-media project, “Byronesque Romanza” which include my last short film, The Daughter of Athens, my mind was on the lost dada footage.

Following an exhausting 2 month work period that left me physically and emotionally drained leading into yet another cash-strapped Summer of economic crisis in Greece, I decided to throw myself back into working on a (future) book I’m writing connecting dadaism and the liberation of the creative spirit via self-actualization. While reading “Flight Out of Time: A Dada Diary”, by dadaist Hugo Ball, I came across a photo of the original announcement of the first dada event at the Cabaret Voltaire. And so, I once again decided to commit myself to doing something with Cabaret Voltaire video. This was a brave act of desperation to make myself feel good and brace myself for the Summer ahead.

Somehow and amazingly, after being a shut-in for a long weekend, I managed to recover about 60% more of the footage, which I was felt was enough to mix with other video for a video-montage travelogue music video. I threw myself into this project and managed the first draft in less than 2 weeks. I was obsessed … but so was the force of anti-dada darkness.

First, my computer crashed. I performed CPR on it. It came back to life. Then, on my birthday (the next day), the Greek power company (DEH) cut my power in the middle a heatwave. Cash poor, I ran to Starbucks (thank the coffee gods of Starbucks) to continue to work on my film. I felt like the Lieutenant Dan character from “Forrest Gump” film, waging war against the universe. I vowed that nothing would prevent me from finishing this film. Some friends offered me some money to restore my electric (thanks Bob & Kathleen!). While rushing back to the power company with money, I was hit by a car. Ok, actually it backed into me and ran over my foot; I’m ok. 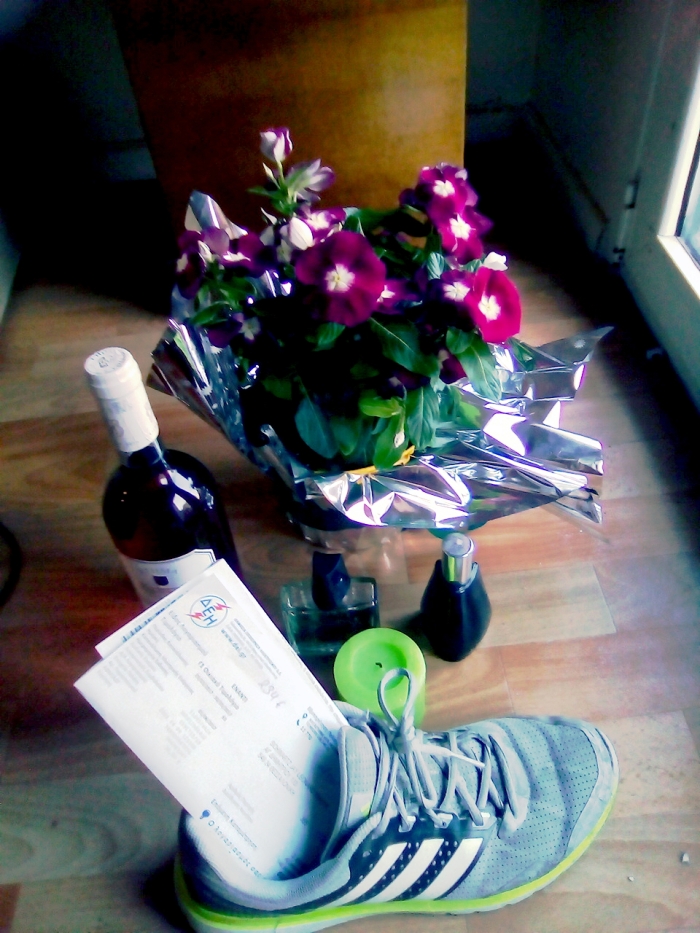 There’s a point in which, like Lieutenant Dan, in which you have stand your ground and tell the universe to both go to hell and to ‘bring it on’ (you motherfucker). You have to go to war to achieve peace. I did. A few days later, I’m thrilled and very proud to announce the release of my new film, Dada Ausfahrt.

It is one part art-film, one part travelogue, one part music video, one part tribute to friendship and all parts Dada (the avant-garde art movement of the early 20th century). As a expression of Dada art and anti-art, this film exploits a ménage à trois of video & sound collage, the use of ‘chance’ in editing (decision making) and conscious creation to produce the final work. It also features music by my band, The Transmystic Blues Sniffers recorded live at our practice and jam sessions. Special thanks go to Tatiana, Steve, Elisa, Jochen, Kathleen, Bob, Starbucks, the nice new woman who makes payment arrangements at DEH and Antonia at Spirallia Jewellery.

You can watch Dada Ausfahrt below. The film, like life is loud. Deal with it! Take no prisoners. Viva Dada!

Note: Please support my work by listening (free) to the soundtrack to my film, Dada Venduza, on Spotify. Click Here Or, you can watch Dada Venduza or purchase its soundtrack from the links on this blog’s sidebar.