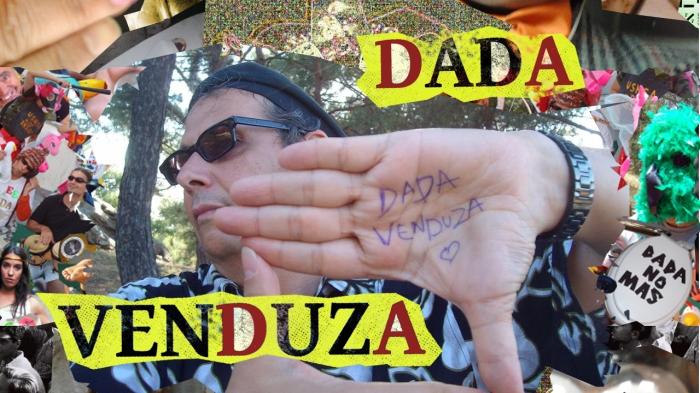 It’s not easy being an American dadaist, living in Greece. In these times of economic turmoil & crisis, I am absolutely giddy with acerbic creativity, but I have vowed to maintain my composure and remain somewhat apathetic (my emotional intelligence goal for the week). It’s important to remember, as Grouch Marx said (and I am prone to repeat often) that “denial is not just a river in Egypt.”

In truth, economic crisis has been the status quo for me for many years, and not just because I live in Greece. I don’t know if this personal dysfunction is genetic or karmic … or just a product of mutated creativity. Still, the challenge for me has always been to maintain my artistic sensibilities as I slowly lose my dignity. Yes, sophistication is the price you pay for being respectable … but I’ve never been one to take myself so seriously. Perhaps this is why dadaism appeals to me because somewhere in the nexus between art and anti-art, there but for the grace of God goes I.

As I write this post, ‘capital controls’ have been enforced in Greece. Technically, this is called a ‘Bank Holiday’ break by the government. All banks are to remain shut until July 6th, which just happens to be my birthday. So on July 7th, I can finally rescue my life savings and celebrate in earnest. Trust me, I can push 2 Euros pretty far these days.

Meanwhile, despite the worsening economic crisis, I have been on a steady pace to release my dadaism film, ‘Dada Venduza’. After months of fighting the gloom and doom of self-repression, I have been on a roll producing supporting content for the release and eventual DVD package … and laughing my ass off in doing so. In truth, there is no substitute for laughter.

My goal is to release the film online in a ‘video on demand’ format, round about on my birthday, July 6, give or take a few days and a stable internet connection. I salute the public library here for offering for wifi … but there data transfer rate has room for improvement. Still, beggars can’t be choosers.

Politically speaking, regardless of the outcome of the public referendum in Greece (on whether or not to service its debt), I think the world, and especially Greece, needs to come together for the common good … to champion Dadaism. See? I support the public good …. even though the public doesn’t know what’s good for it!

If you would like to support me and my efforts by reserving/purchasing your copy of the Dada Venduza DVD package ($9.99) with the link below. I expect to begin shipping the DVDs sometime in August (2015) or sooner. I will update this post with further viewing options once the film is released. This hungry, but creative, dadaist thanks you!

Meanwhile, enjoy the following YouTube playlist with the trailer and blooper videos I produced for ‘Dada Venduza’.