“All the waste in a year from a nuclear power plant can be stored under a desk.”
– Ronald Reagan
Yesterday, there were a couple news articles that caught my attention. The first was about residents from Fukushima nuclear disaster area who have radioactive urine. I don’t know about you, but that makes my hair stand on end. It’s just one more reason why I’m happy I don’t have a microwave oven and am trying to limit my mobile phone use. Really.
The other troubling news item was an article suggesting that US nuclear evacuation plans haven’t been updated to account for population growth. It seems that according to statistics based on the US Census information, urban populations around nuclear power plant facilities have ballooned 450 percent. So what that means is that if you live in an area near a nuclear power plant and your regular drive home from work is a slow, painful and maddening exercise of slowly crawling along with bumper to bumper ‘stop and go’ congested rush hour traffic … well, then you already know what your evacuation route driving conditions will be in the event of a nuclear accident, such as a meltdown. Seriously. Really.
If you are one of those types that like to wave off ‘doom and gloom‘ scenarios dismissing them as ‘what if’ fantasies, then I guess I need to remind you of the disasters at Three-Mile Island, Chernobyl, and Fukushima disasters. Yes, nuclear power plants are not the fool-proof safe facilities that governments and industries purport them to be. Really. 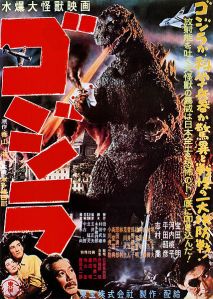 Let’s turn up the ‘worry wart’ factor just a few notches. Have you heard about all those airplanes that airlines routinely fly past their original life expectancy? It’s the same thing with nuclear power plants. Today, in the United States alone, there are 104 nuclear power plants. The older ones still in operation today and built in the 50’s, 60s’ and 70’s have, or maybe I should say had, an operational life of 30 years. The statistical probabilities for something mechanical to go wrong with them, let alone human error, increases significantly with each passing day of prolonged operation. They are disasters waiting to happen. Really.
Oh yes, I mentioned human error. Yes, humans are bound to get it wrong, maybe not every time, but obviously, we are not machines. Yes, we have computers to help us out these days, yet many often forget that humans also program and design those computers. And, as any computer programmer or hacker might tell you ‘garbage in-garbage out’. Really.

Governments and ‘Big Business’ are certainly human creations. So is the oxymoron, military intelligence. And, in this respect I’m always amazed by how some people are able to speak in absolute terms about things they know very little about … or more insidiously, don’t want you to know about. For example, beginning in early 1950s, United States children were taught to “Duck and Cover” in the event of a nuclear weapon detonation. As if lying face-down, assuming a fetal position and covering their heads with their hands, would actually save them from being irradiated. Really.

History can teach us many things to prevent us from repeating the same bone-head mistakes again and again and again, ad nauseum. The history is atomic energy yields many examples. I would start at the beginning but we all basically we know what kind of devastation an atomic bomb can wreak. We’ve seen it’s destructive power in Hiroshima and Nagasaki. Most of the fathers of atomic energy eventually condemned its development and use, especially for military purposes. Nevertheless, the ‘powers that be’ and those who would profit from the development of nuclear power said ‘we can do better’, especially in the face of international competition. And so the creation of the thermonuclear bomb, also known as the hydrogen bomb, was commissioned, carrying with it the strength of almost 60 atomic bombs. Really.

Harnessing nuclear energy was bad enough mainly for purposes of military muscle flexing, but eventually, wouldn’t you know it, the powers that be said, “hey we can actually sell this stuff!” And, before you knew it, nuclear power stations were popping up all over the place. Moreover, regular people wanted the ability to nuke things, too. So microwave ovens were created for us all to nuke our food and to vent our frustrations on very small objects. Really.

Ever microwave a potato in the oven a bit too long? It becomes so dried out and hard it can break your teeth if you aren’t careful. Similarly, it’s been my opinion for many years that nuclear power is just too dangerous. I base this opinion not only the great potential it has to … um … put it lightly … kill people, but also on the fact that most of of people who would manage or regulate it are bone-heads. Really.

What concerns me also is how much of the public really want to stick their heads in the sand in denial because nuclear energy might save them some money on their monthly electric bill, and so they ‘want to believe’ that nuclear power is safe. They don’t want to hear about the victims of Chernobyl or read about radioactive urine. These types just assume that in the case of an accidental nuclear meltdown in their area, they will probably be told to take some boric acid and a few extra vitamins, and their lives will go on their merry way. By the way, did you know that boric acid is a pretty good roach killer and that roaches are probably the only living species that will survive a nuclear holocaust? Really.

Wisdom suggests that if you play with fire, you will get burned. Maybe not today or tomorrow, but at some point in the future. I worry that whether it’s the laws of probability or just ‘Murphy’s Law’, nuclear power’s destructive energy will eventually burn us all. Big Business is just too willing to cut corners on safety to protect their ‘bottom-line’, and regulatory governmental agencies are just too slow moving, lackadaisical and imbecilic to really protect the public. If you need proof, look no further than the ‘Duck and Cover’* campaign and the fact that the former United States president, George W. Bush, Jr, couldn’t even pronounce the word ‘nuclear’ correctly. Really.

Links For Your Consideration:

Resources related to the 2011 Japan Crisis – How To Help:
http://www.google.com/crisisresponse/japanquake2011.html

If you think nuclear power plans are safe:
http://www.stopfplnow.org/

PS. Thanks for reading. Are you worried that the mismanagement of nuclear power will kill us all, or do you think a bigger worry is the radiation from our mobile/cell phones? Who are you scared more of ‘Big Business’, inept government or Godzilla? Let me know. Really!
Suggested Reading:

*Yes, I know that part of the ideology of the ‘Duck and Cover’ mantra was to protect children from flying shrapnel should they stand up and look towards the source of the ‘flash’. A better preventative measure would have been to not develop nuclear weapons and jump start an arms race with other countries, in the first place.